Content creation is vital to the entertainment industry. It leads to user engagement, as well as continuous growth. Unfortunately, this kind of endeavor has become more complex as the years go by, given the fact that the cost for this has risen. Users demand higher resolution, increased interactivity, all-around perfect content. The surge in streamable videos yields even more credibility to this assessment, as viewers have come to prefer live experiences as opposed to a passive one.

In this fast-paced environment, developers and industry leaders need to create tools to help them ride the tech wave. The usual public has come to depend on mobile apps for their video services. Yet another roadblock for small enterprises. Setting up the required infrastructure demands an extensive allocation of time, resources (both human and technological), and a potential budgetary investment. Unfortunately, the isolated nature of mobile apps means that some products will offer better user experiences than others, limiting the potential for an uniform service.

Last year, Amazon introduced their Interactive Video Service (IVS), allowing for this same type of streamable content without endangering areas of interest for web developers. Customers of this service would only need to pay for the video they input, which is still much cheaper than investing in video technology. This especially for smaller types of business.

Web developers and engineers usually take months to figure out how to properly include video formats in their content. Coresight research estimates that around 72% of audiences prefer to process information through video rather than text-based content. However the problem does not lie in consumer preference – it’s the method that complicates matters. In short, creating video content from scratch usually takes months.

Here are some key aspects to ensuring that video-playback does not buffer or present any difficulties for viewers:

Content creation has become too complex, as it can be inferred from the above steps. The race for faster, better content becomes a matter of who has the most resources, instead of simple creativity. Fortunately, certain platforms exist so that the race may be made more equal, and Amazon IVS aims to remedy this lack of equality in video-sharing.

The main goal of this service is to eliminate the trade-off between livestreams and quality of service. Instead of deciding between audience engagement on a sub-optimal platform or a static experience with better resolution, Amazon IVS asks why not both. With a buffering speed of two or three seconds instead of at least 20, users would be able to engage with the content without enduring a mediocre viewing experience. This could be a game changer for entertainment tech, and a short comparison can prove that.

For example, these are the steps one would take to implement Amazon IVS:

As it stands, there are fewer steps involved in this process. Content creators should, of course, focus their efforts on engaging experiences, not a severe scramble for the necessary resources. You can stream all types of content by using Amazon IVS. From music performances to financial education apps that benefit from user input.

Savvy developers will note that this is essentially Amazon’s own Twitch livestream. On the other hand, YouTube also provides this service; the difference being that AWS customers will be able to integrate these benefits on their own websites and apps.

AWS has already proven itself to be an excellent option for small businesses to grow and prosper. With Amazon’s strong security policy, cloud-sharing services, and their livestream capabilities, one would be hard pressed to find a better suit for small enterprises.

Digital transformation and scalability are a must for web development, and the entertainment world is no exception. No longer can industry leaders expect users to be complacent: they will always demand better, faster content. But just because this is true, it does not mean that startups and small businesses should be left behind. We strongly believe that this service will be a boon to many aspiring entrepreneurs, as the means to getting quality livestreams going are within their reach. They just need to prove to the world that their creativity is up to par. 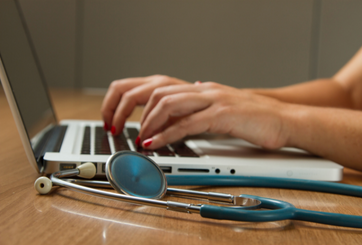